I've written occasionally about how the common - and sometimes proper - names for flora and fauna sometimes fairly obviously stem from their appearance. For example, sticky weed and cotton grass. We always get quite a few moths in the house summer and autumn months and recently these have included this beauty, which looks just like mother of pearl, along with its photo in Collins Complete British Wildlife: 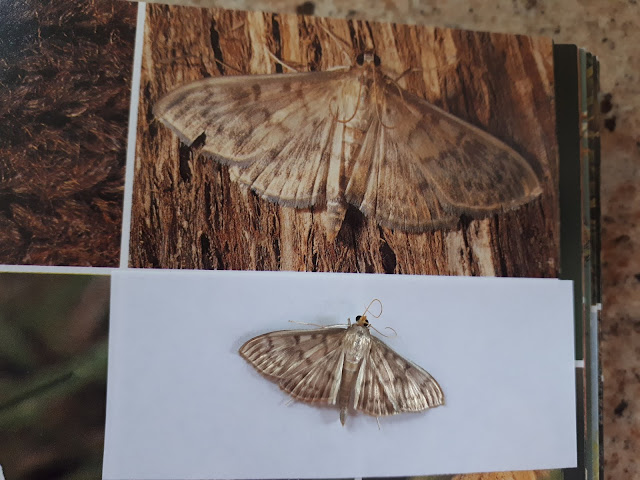 Turns out it is, of course, known as the mother of pearl moth. It's cmmon and widespread throughout much of Britain and Ireland and is found in meadows, wasteground and overgrown hedgerows (tick for all of those nearby).

Then I found this one, which has an unusual marking like a letter "y" on each wing: 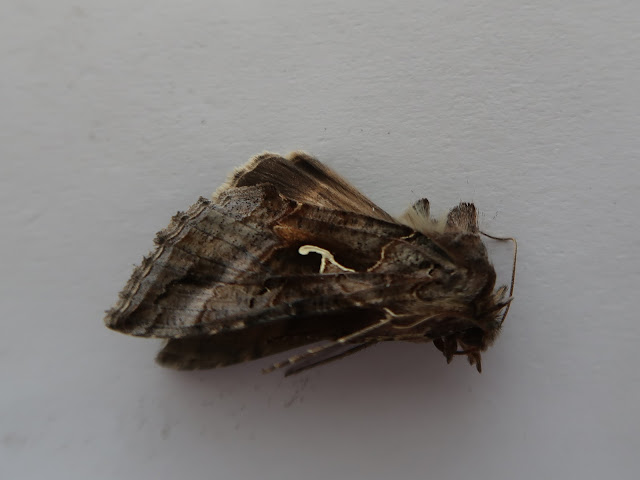 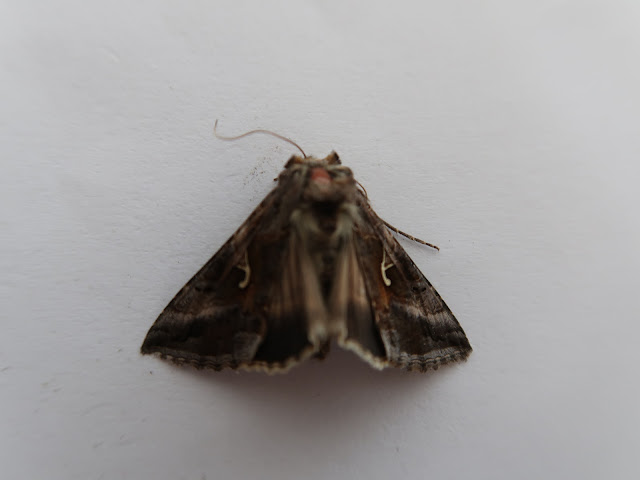 Of course, it's called the silver Y and is Britain's most common immigrant moth. I'm not sure where it migrated from but there are plenty of other immigrants around here in north Wales, including ourselves. As Collins notes, each forewing has a conspicuous unbroken metallic silver y marking (it looked more gold to me, so I checked it wasn't another species called the scarce silver Y, but it's definitely not that).

I also found this one on the floor in our dining room: 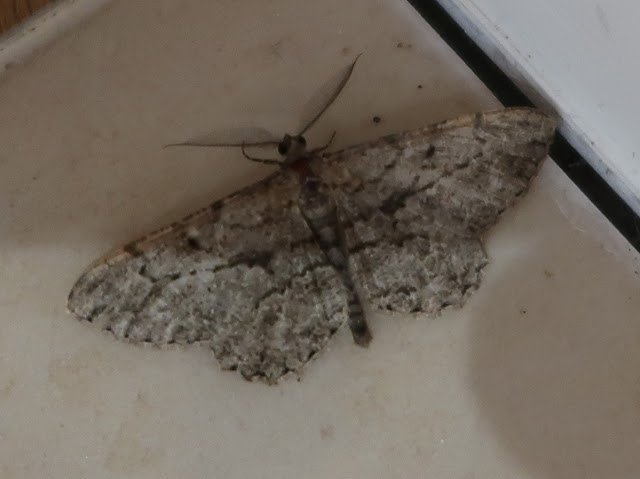 This absolutely beautiful species is called the striped twin spot carpet moth. The description is "light to dark grey with many faint cross lines, a slightly darker central cross band, with small dark central spots always present" (tick to all those). This medium sized moth prefers moorland with exposed rocks (yep, got those) but can also be found on sand dunes and open woodland (also tick). It is reasonably widespread in north and west Wales, even if I hadn't noticed one before. My only problem is that, although a lot of British moths have "carpet" in their name, it wasn't actually on the carpet.

The latter two weren't in the Collins book that I had considered a bible - after all it's got "complete" in the title. But then we've had it a while and there has been a lot of immigration. So I found a super website butterfly-conservation.org which has a page "identify a moth":

Email ThisBlogThis!Share to TwitterShare to FacebookShare to Pinterest
Labels: Nature