The greatest English goalscorer of all time

It's not often I agree with Alan Shearer on Match of the Day, as he usually says little of any note or import - it would normally be tantamount to ageeing what day of the week it is. However, on the edition shortly after Jimmy Greaves died on 19 September, Shearer ended the programme's tribute by saying "he should have been knighted".  Which I thought was, as usual, totally obvious but on this occasion worth saying.

I wrote ages ago about how remarkable it was, if we are going to honour sports people and footballers in particular, that Greaves had no honour whatsoever. This year that was "corrected" in the New Year's honours list but he was only given a miserable MBE.  So when I saw Boris Johnson had tweeted about Greaves's death I wasn't impressed. The reason being that Shearer and Lineker got CBEs, as did Kevin Keegan and David Beckham. Shearer and Lineker have done nothing else other than play and have a media career: ditto Greaves, who with Ian St John set the template for presentation of football on TV in the modern era.

As I said in an earlier blog, one can only wonder what Greaves could have done to be black-balled for so long by the suits who control the lists put before the politicians. Maybe it's something to do with perceptions of role models. The fact that another great goalscorer Michael Owen has no honour makes me think that if, like him, you like bet or like Greaves for a while you like a drink (Greaves struggled with alcoholism towards the end of his career) or, I suppose if you like shagging a granny like (allegedly) England's most capped outfield player Wayne Rooney, you are considered an unsuitable role model compared with goody two shoes characters like Gary Lineker or the wholesome Alan Shearer, or ultimate celeb David Beckham, none of whom made as large a contribution to football as Greaves.

Be that as it may, Greaves's record as a striker is arguably better than any player of his or subsequent eras, as can be seen from the following table of international goals for England, ranked by goals per game:

I've used a cut off of 20 international goals here: every schoolboy used to know that the record otherwise is held by George Camsell of Middlesbrough who played for England between 1929 and 1936 scoring 18 times in 9 appearances.

For obvious reasons I didn't see any of the players above Greaves on this list, but I've seen nearly all of the others. Thinking back to when I first went to matches in the 1960s, there were some outstanding players but I was as excited about seeing Greaves as any of them, including George Best and Bobby Charlton. Greaves was the reason, from around 1961, I always wanted to wear the number 8 shirt, though later in the 60s Alan Ball became my number 8 hero. During my time playing footie I did get to wear most of the shirt numbers in the 2 to 11 range in the old way of numbering, but never a number 8 to my recollection. Never mind....

Of the other players on that list Lawton, Mortensen and Lofthouse must have been superb strikers. Lawton could probably have broken nearly all records if the war hadn't taken so much time out of his career. But I have a particularly soft spot for Derby's Steve Bloomer. It was in 1928, so legend has it, that Bloomer said of Everton: "They always manage to serve up football of the highest scientific order" and "worship at the shrine of craft and science", leading to the club's nickname "the school of science". As Stephen Bierley noted in the Guardian, clearly footballers were a good deal more eloquent in those days.

Hughie Gallacher was also Scottish, of course. Greaves is the only player this high on such a list who played after the second world war. You have to go down 16th on that list before you get to another post war player, Nat Lofthouse with 0.56 goals per game. Once you get down to around 0.5 you find Alan Shearer, Ronnie Allen, Wayne Rooney and Tony Cottee along with Scots David Herd and Denis Law and Wales's Ian Rush.

Bearing in mind both Greaves's club and international record I would argue that if you were nominating the greatest English goalscorer of all time only Dean and Camsell could seriously be put up against Greaves.

The youtube videos of Greavsie's goals (for example at https://www.youtube.com/watch?v=9W2fp5eVjtQ) naturally suffer from poor picture quality. But what is obvious is Greaves scored every type of goal: calm slots, dribbles round the keeper, rocket shots from range and close in, bicycle kicks, headers - the lot. He could dribble just as well as George Best but was generally much more focussed on the simplest and most efficient way of scoring.

Greaves's total is not disporportionately boosted by penalties, only 27 of his 220 goals for Spurs being from the spot. In internationals Greaves was England's nominated penalty taker from 1959 till 1967. And how many did they get in that time? None. It was an era when, as he put it, a defender  "pretty much had to take attack a forward with a machete to concede a penalty". But isn't that remarkable? So none of his England goals were penalties.

The football website transfermarkt has details of 17 of Greaves's penalties, two of them in his brief stint in Serie A, where he scored 9 goals in 10 games for AC Milan. They have Greaves never missing a penalty but that isn't true as he missed at least one. In the Mirror link below Greaves recalls taking a penalty against West Ham. He saw Bobby Moore gesture to the keeper that Greaves would go right. The keeper went early and right and, with the goal gaping, Greaves rolled the ball past the left hand post.

The perfect striker hasn't been born (and probably never will be) but for me Jimmy Greaves was the best ever English player at doing the thing that attracts the most interest and monetary value in football - sticking the ball in the back of the net.

Of course he should have been knighted.

Goals and games data from https://www.myfootballfacts.com/england_footy/england_national_football_team/england-players-strike-rates/ and Wikipedia

"Goodison's School of Science loses out to Darwinism" was in the Guardian on 14 March 2002 and included the Bloomer quote;  https://www.theguardian.com/football/2002/mar/14/sport.comment 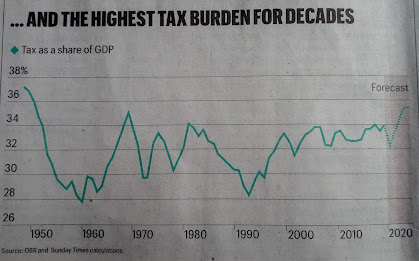